Posted on 25 April 2014 by Cedric Ryngaert
in: Categories: Blog. 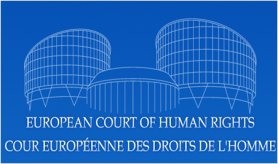 On 14 January 2014, the European Court of Human Rights (ECtHR) handed down its judgment in the case of Jones and others v United Kingdom. This judgment was widely anticipated as the Court was called on, inter alia, to rule on whether State officials were entitled to immunity from jurisdiction in civil proceedings with respect to torture, and could thus escape accountability in foreign courts.

In Jones, UK nationals were allegedly tortured by Saudi Arabian agents in a Saudi Arabian prison. Upon their return to the UK, they brought a civil suit in UK courts against both the State of Saudi Arabia and the Saudi Arabian agents. However, UK courts as well as the Supreme Court in the last instance, dismissed the case on the ground that both a foreign State and its officials enjoy immunity from jurisdiction before domestic courts, even in respect of torture. The claimants subsequently filed an application with the ECtHR, arguing that the United Kingdom, by upholding immunity, had unjustifiably restricted the right of access to a court laid down in Article 6 of the European Convention on Human Rights (ECHR).

The ECtHR had earlier decided in the case of Al Adsani (2001) that ‘measures taken by a State which reflect generally recognised rules of public international law on State immunity cannot in principle be regarded as imposing a disproportionate restriction on the right of access to a court as embodied in Article 6 § 1 ECHR’, even in respect of claims alleging violations of peremptory norms such as torture. The International Court of Justice (ICJ) for its part similarly decided in the Jurisdictional Immunities Case (2012) that there is no international crimes exception to State immunity. This principle is regrettable and somewhat counter-intuitive, as the law of State immunity allows for exceptions for commercial or management acts performed by States, but not for international crimes or gross human rights violations. But as it had earlier been confirmed by both the ECtHR and the ICJ, the ECtHR may be forgiven for not departing from its previous jurisprudence in Jones, and for thus holding that UK courts could legitimately confer State immunity on Saudi Arabia.

There was however little to no precedent regarding the (related) question as to whether State officials, such as the Saudi Arabian officials sued in Jones,could also avail themselves of the immunity of the State with regards to acts of torture in civil proceedings brought against them.

In criminal proceedings, such immunity has at times been lifted, notably by the UK House of Lords in the Pinochet case (1999-2000), but this case-law has not gone unopposed. For instance, Roman Kolodkin, Special Rapporteur of the International Law Commission on the immunity of officials from foreign criminal jurisdiction, held that the various rationales for exceptions to the immunity of officials from foreign criminal jurisdiction [in respect of international crimes] prove upon close scrutiny to be insufficiently convincing. (Second report on immunity of State officials from foreign criminal jurisdiction, UN Doc. A/CN.4/631, 2011, p. 56, para. 90). By and large, however, after Pinochet,the defense of State official immunity has hardly been advanced in criminal proceedings brought under the universality principle, perhaps reflecting the international values that are protected under this principle.

While, accordingly, there is some practice abrogating State official immunity in criminal proceedings regarding international crimes, there is hardly any such practice with respect to civil proceedings, for the simple reason that civil proceedings in respect of international crimes have hardly been brought against foreign State officials. This is explained by the fact that under domestic rules of judicial jurisdiction, forum States cannot normally entertain jurisdiction over acts performed by foreigners outside the forum State. As the ECtHR pointed out in Jones, none of the member States of the Council of Europe, except for the UK, had considered the specific situation of State officials. As a result, the former’s responses were ‘largely hypothetical and analytical, rather than evidence-based.’ Under English law, however, English courts can exercise jurisdiction over such cases, although a substantial number of them may be dismissed on forum non conveniens grounds (at least if the claim relates to harm done outside the EU).

‘Since an act cannot be carried out by a State itself but only by individuals acting on the State’s behalf, where immunity can be invoked by the State then the starting point must be that immunity ratione materiae applies to the acts of State officials. If it were otherwise, State immunity could always be circumvented by suing named officials.’

As it did not uncover an exception to this principle, the Court went on to find that ‘[t]he findings of the House of Lords [in Jones v. Saudi Arabia] were neither manifestly erroneous nor arbitrary’, and thus that the Saudi Arabian officials were entitled to immunity from jurisdiction, even in respect of allegations of torture.

It is of note, however, that the Court identified ‘some emerging support in favour of a special rule or exception in public international law in cases concerning civil claims for torture lodged against foreign State officials’ and that ‘this is a matter which needs to be kept under review by Contracting States’. Notably, courts in the United States have held that foreign State officials are not entitled to immunity from jurisdiction in respect of torture: the U.S. Torture Victim Protection Act 1991 provides that ‘an individual who, under actual or apparent authority, or color of law, of any foreign nation […] subjects an individual to torture shall, in a civil action, be liable for damages to that individual’. Furthermore, in 2012, a U.S. Court of Appeals found that a former Somali agent did not enjoy immunity in respect of civil claims alleging torture, on the ground that as a matter of international and domestic law, jus cogens violations are, by definition, acts that are not officially authorized by the sovereign (Yousuf v. Samantar, 699, F.3d 763 (4th Cir. 2012)). Therefore, it is not excluded that, in due course and in light of evolutions in State practice, a conferral of immunity on State officials with respect to allegations of torture might be considered to violate Art. 6 ECHR. Suffice to say in this respect, however, that even as we write, Jones does not prohibit States from rejecting immunity in civil torture cases brought against foreign State officials. Jones only stands for the principle that States which uphold immunity in such cases do not violate the ECHR.

The Jones principle may be legally correct, but also most unfortunate, as its application often results in an accountability vacuum. Victims of torture may not have reasonable access to remedies in the State where they were tortured, such as Mr Jones. Only bystander States, or their State of nationality could then offer relief by offering a forum. A proper avenue for such States is to make the exercise of jurisdiction and the conferral of immunity dependent on whether or not the territorial State offers an adequate forum for dispute-settlement. This idea is in fact already part and parcel of the domestic and the ECHR legal systems. The domestic law of a considerable number of States features forum of necessity or forum non conveniens provisions, allowing forum courts to exercise, or as the case may be, decline jurisdiction, dependent on the availability of a local forum (see, e.g., Netherlands, Art. 9 Rv). Similarly, the ECtHR conditions domestic courts’ granting of immunity to international organizations on the latter thus providing a reasonably available alternative dispute-settlement mechanism (Waite and Kennedy 1999).

By further developing these principles, the notion that, under international law, persons are individually accountable for international crimes and should not be allowed to hide behind the State on whose behalf they act, could be finally realised. It is reminded that in a criminal context this principle was laid down as early as 1946 by the Nuremberg Tribunal, which famously held that ‘[c]rimes against international law are committed by men, not by abstract entities, and only by punishing individuals who commit such crimes can the provisions of international law be enforced.’ (Trial of the Major War Criminals before the International Military Tribunal, Nürnberg, 14 November 1945-1 October 1946, published at Nürnberg, Germany, 1947, p. 223). It is high time that this principle is also extended to tort law, the deterrent effect of which, in view of the sizable damages civil courts could award, should not be underestimated.