Posted on 16 January 2015 by Cedric Ryngaert
in: Categories: Blog.

Extradition of Terrorism Suspects: European Court of Human Rights Rules on the Compatibility of Life without Parole with the European Convention. The Case of Nizar Trabelsi v. Belgium 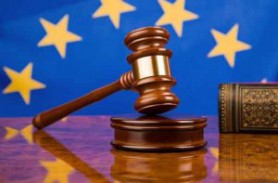 On the 4th of September 2014, the European Court of Human Rights handed down its judgment in the case of Trabelsi v. Belgium. Ending a decade-long debate the Court ruled that Belgium’s extradition of terrorist suspect Nizar Trabelsi to the United States is a violation of art.3 of the European Convention of Human Rights (ECHR). In the Court’s view, the prospect of receiving a life sentence without parole constituted prohibited inhuman treatment. This case is built on earlier cases on extradition to non-Convention Parties and raises contentious questions regarding the scope of art.3 ECHR and the balance between the fight against terrorism and human rights.

On the 30th of September 2003, Nizar Trabelsi was sentenced to ten years imprisonment by the Brussels Regional Court for an attempt to blow up the Kleine Brogel Belgian Army Base, forgery and instigating a criminal conspiracy to attack persons and property. The United States, however, also charged Trabelsi, with conspiracy to kill United States nationals outside the US, conspiracy and attempt to use weapons of mass destruction and providing material support and resources to a foreign terrorist organization, and requested his extradition. Trabelsi had concerns over the potential sentence – life imprisonment – which he might receive in the US if extradited. In particular, he was of the view that such a sentence violated art. 3 ECHR, and on this ground he applied for relief with the European Court of Human Rights. The Court ordered Belgium not to extradite Trabelsi pending the proceedings (http://hudoc.echr.coe.int/sites/eng/pages/search.aspx?i=001-146372#{“itemid”:[“001-146372″]}; nevertheless, on 3 October 2013 he was extradited to the United States.

In spite of Trabelsi having already been extradited, in the merits phase the Court was still to rule on the compatibility of the extradition with art. 3 ECHR in light of the potential life sentence. This was the first time the Court was called on to pronounce itself on this legal question. That being said, in two earlier cases, the Court had addressed the permissibility of whole-life sentences outside an extradition context. In Kafkaris v. Cyprus, the Court held that such sentences are prohibited by art. 3 where it could be shown that the sentence is grossly disproportionate to the crime committed, that the applicant’s continued imprisonment could no longer be justified on legitimate penological grounds or that the sentence was de facto (in practice) or de jure (by law) irreducible (Kafkaris v. Cyprus, http://hudoc.echr.coe.int/sites/eng/pages/search.aspx?i=001-85019 (2008), para. 98). The Court confirmed these principles in Vinter and Others v UK and added that a whole-life prisoner was entitled to know, at the outset of his sentence, what he must do to be considered for release and under what conditions, including when a review of his sentence takes place or could be sought (Vinter and Others v. UK http://hudoc.echr.coe.int/sites/fra/pages/search.aspx?i=001-122664 (2013), para. 122).

In Trabelsi, the Court applied these principles lock-stock-and-barrel to extradition cases. It considered that, in view of the gravity of the terrorist offences with which the applicant had been charged and the fact that the sentence can only be imposed after the trial court has taken into consideration all mitigating and aggravating factors, a discretionary life sentence (a sentence imposed as result of the discretion open to a court if a life sentence is an option for the offence, unlike a mandatory life sentence) would not be grossly disproportionate. However, in the Court’s view, there was no de facto nor de jure reducibility of a life sentence imposed on terrorists in the United States since 9/11 (par. 133). As a result, Belgium, by exposing Trabelsi to this risk by extraditing him, violated art.3 ECHR. It bears notice that the judgment did not so much take issue with the imposition of a life sentence as such but rather with the absence of a procedural and political framework that would allow the sentence to be reduced at a later stage. States could normally evade their responsibility for exposition to human rights risks in extradition cases by obtaining assurances that the impugned sentence will not be imposed but, according to the Court, the US authorities at no point provided an assurance that Trabelsi would be spared a life sentence or that a possible reduction of a life sentence would be available. For the Court, the US explanations on sentencing, sentencing reductions and presidential pardon in respect of Trabelsi were too vague, in violation of the specificity criterion set forth in, inter alia, Othman v United Kingdom (Abu Qatada http://hudoc.echr.coe.int/sites/eng/pages/search.aspx?i=001-108629#{“itemid”:[“001-108629″]}) (2012), (para. 135).

The novelty of Trabelsi lies in the Court´s extrapolation of its earlier case-law on life sentences in a domestic context (Vinter, Kafkaris) to situations of extradition to a non-Contracting Party (the US). This technique widens the ´external´ scope of art.3 ECHR by bringing discretionary life sentences and the denial of a ´right to hope´ by non-Contracting Parties within its purview. So far, the external scope of art.3 ECHR had been limited to torture, the death penalty, and clear cases of inhuman and degrading treatment (see notably ECHR, Soering http://hudoc.echr.coe.int/sites/eng/pages/search.aspx?i=001-57619#{“itemid”:[“001-57619″]} (1989)). By bringing life-imprisonment within its purview, the Court appears to take present-day standards in consideration without formally modifying the treaty thereby employing. an evolutionary interpretation of the Convention (as enunciated for the first time in Tyrer v. UK http://hudoc.echr.coe.int/sites/eng/pages/search.aspx?i=001-57587#{“itemid”:[“001-57587″]} (1978)).

From a human rights perspective, the Court´s judgment may be commendable. Nonetheless, by indirectly preventing the US from imposing discretionary life sentences on persons extradited from Contracting States, the Court may be seen to interfere in internal US affairs. As Judge Yudkivska pointed out in her dissenting opinion, the Court’s extrapolation of the Kafkaris requirements to extradition cases can hardly be deemed to comply with the Court’s earlier statement that the Convention does not purport to be a means of requiring Contracting States to impose Convention standards on other States (Al Skeini http://hudoc.echr.coe.int/sites/eng/pages/search.aspx?i=001-105606#{“itemid”:[“001-105606″]} (2011) (para. 141)) pertaining to the extraterritorial application of the ECHR to military operations outside the ECHR area). Arguably, in Trabelsi, the Court, by ruling that an individual’s exposure to the risk of life without parole in the US violates art.3 ECHR, forces European penological standards onto the US. This ‘extraterritorial’ projection of ECHR standards is of course not new nor is it necessary objectionable. It is surely understandable that the Court prohibits extradition in case the individual risks being tortured or executed in a third country. Indeed, the prohibition against torture is a peremptory norm of international law and, while the prohibition of the death penalty is not, internationally there is a strong overlapping consensus on the undesirability and even the unlawfulness of sentencing an individual to death. In contrast, there is no strong international consensus, or at least the Court does not (deign to) identify it, on the prohibition of life imprisonment. In these circumstances, the Court should be reluctant to project essentially internal European value evolutions regarding the legality of life imprisonment onto non-European States. All the more so when the individual does have a chance of being released earlier, as was the case in Trabelsi (see also the opinion of Yudkivska citing possible future changes in US law and practice).

Also, from a strategic perspective, the Court’s position is surprising. It is recalled that, after the Court blocked the deportation of firebrand Islamic cleric Abu Qatada from the UK on human rights grounds, the UK strongly criticized the Court, with the Home Secretary even threatening to leave the ECHR (http://www.theguardian.com/world/2013/jul/08/theresa-may-human-rights-abu-qatada). The Court’s extension of the scope of art.3 ECHR in Trabelsi only fans the flames and further complicates extradition proceedings with respect to presumed terrorists. It remains now to be seen how the interpretation of the ECHR in extradition cases will evolve after the Paris terrorist attacks of 7-9 January 2015 and the increased terrorist threat level. For surely it would affect the Court’s credibility not to take seriously the legitimate security concerns of states and their interest in smooth international judicial cooperation in the fight against terrorism.