Posted on 8 April 2015 by Cedric Ryngaert
in: Categories: Blog.

International criminal and civil liability for the downing of MH17: an uphill struggle 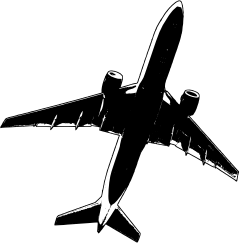 On 26 February 2015, study associations Urios and Ad Informandum organized a symposium on accountability and liability questions concerning the downing of Malaysian Airlines flight MH17 above eastern Ukraine in July 2014. Notably Dr. J.A.C. Bevers (legal advisor to the Prosecutor of the International Criminal Court – hereinafter: ICC) and Mr. M. van den Steenhoven (attorney at Beer Advocaten, who represents the plaintiffs in this case) discussed a number of mechanisms to hold the possible perpetrators liable. The symposium was chaired by one of the authors of this blogpost. In this post we shed light on the potential criminal and civil liability of  a number of actors for the MH17 crash. We draw on the discussion as it played out at the symposium.

The downing of the MH17 may engage responsible persons’ criminal liability under domestic law – in particular Dutch, Ukrainian or Malaysian law. National prosecutors may consider bringing charges of murder, at least if the factual circumstances have been established and suspects have been identified. In this post, given the nature of the crime and the fact that it took place in the context of an armed conflict, we focus on international criminal liability and jurisdiction. The first question that arises in this respect is whether the downing of MH17 could qualify as an international crime. We limit the analysis here to the core international crimes over which the International Criminal Court (ICC) also has jurisdiction: genocide, crimes against humanity, and war crimes (Article 5 of the ICC Rome Statute). One would be hard-pressed to consider the downing of flight MH17 as an act of genocide or as a crime against humanity, since, in all likelihood, the downing lacks genocidal intent (Element 3 of Article 6 of the Rome Statute) nor does it form part of a widespread or systematic attack against the civilian population (Article 7 of the Rome Statute). That being said, one can reasonably make the argument that the downing might be viewed as a war crime. Indeed, there is little doubt that an armed conflict is going on in the region, and that the downing was related to this conflict. Both the material and subjective elements of a war crime could be satisfied. First, the attack could be characterized as murder of innocent passengers not taking part in hostilities, and as damaging civilian objects; the attackers thus failed to distinguish between combatants/military objectives and civilians/civilian objectives (Article 8(2)(a)(i) and (iv) of the Rome Statute). Second, it can be argued  that the perpetrators were aware, or should have been aware that flight MH17 had a protected civilian status (Elements 3 and 5 of Article 8(2)(a)(i) and (iv); Article 30 of the Rome Statute). The investigation should obviously establish, based on the evidence found, whether the (constructive) knowledge criterion has been satisfied.

As to the potential prosecution of the downing of MH17 before the ICC, evident jurisdictional and admissibility obstacles may hinder action by the ICC. As we write, the ICC does not yet have jurisdiction over the downing: it is required that the United Nations Security Council refer the case to the ICC, Ukraine accept the jurisdiction of the Court, or Ukraine or Malaysia become a State party to the Rome Statute (Articles 12 and 13 of the Rome Statute).

Furthermore, that the downing of MH17 potentially falls within the jurisdiction of the ICC does not mean that the ICC can also exercise its jurisdiction without further ado. Assuming that the presumed perpetrators can be identified, the complementarity principle dictates that cases brought against them must be only admissible where states are not genuinely able and willing to investigate and prosecute (Article 17(1)(a) of the Rome Statute). As the Netherlands is currently carrying out investigations in Ukraine in relation to the downing of the flight, including possibly on the basis of international criminal law, the case will normally be inadmissible before the ICC.

Apart from these jurisdictional and admissibility issues, questions also arise regarding the modes of liability on which a prosecution could be based. Obviously, the separatists in Ukraine or the members of the Ukrainian or Russian armed forces who actually fired the missile can be held liable for directly perpetrating a war crime (Article 25(3)(a) of the Rome Statute). Other persons could however also be held liable: pursuant to the regime of joint criminal enterprise or co-perpetration (when it is established that they shared the intention to jointly commit the crime) (Article 25(3)(a) jo. Article 30 of the Rome Statute), pursuant to superior responsibility (when as superiors they failed to prevent the commission of the crime by a subordinate) (Article 28(a)(ii) of the Rome Statute) or pursuant to accomplice liability (when they have aided and assisted the actual perpetrator) (Article 25(3)(c) of the Rome Statute). As to accomplice liability, where proof is adduced of Russian forces indeed providing weapons to the separatists in Ukraine, assuming that those separatists subsequently downed flight MH17, members of the Russian forces might be held liable as aiders and abetters as long as their acts had a substantial effect on the downing, and if the forces knew of the principal perpetrators’ crime (Ibid.) and A. Cassese, International Criminal Law, 2013, p. 193). Providing weapons might be seen as a substantial act of aiding and abetting. However, it will be difficult to prove that Russian forces, even if they provided the weapons, were aware of the alleged criminal act that the separatists were about to commit.

When individuals are held criminally liable, they may also be under an obligation to offer reparations to victims. As the responsible individuals are unlikely to be identified any time soon, and are likely to be indigent if convicted, victims may rather want to pursue the avenue of civil liability of assorted organized actors, in particular of Ukraine, the Russian Federation, the People’s Republics Donetsk/Luhansk, and Malaysia Airlines. Given the factual uncertainty as to the causes of the crash and the political sensitivities involved, victims have so far focused their civil claims on Malaysia Airlines. Malaysia Airlines has already paid some compensation to the victims. The salient question, however, is what legal duties the company incurs in this respect, and more in particular what amount of compensation the victims are entitled to claim.

Under international law, the victims’ claims are based on the Montreal Convention, which, pursuant to Article 1 applies, as the Netherlands and Malaysia, respectively the places of departure and arrival of MH17, are parties to the Convention. Claims against Malaysia Airlines are at first sight likely to be successful for by virtue of Article 17 of the Convention, “[t]he carrier is liable for damage sustained in case of death or bodily injury of a passenger upon condition only that the accident which caused the death or injury took place on board the aircraft or in the course of any of the operations of embarking or disembarking”. The problem with the Convention is, however, that it does not mention what exact liability rules apply. This means that domestic law applies; under rules of private international law, the nationality of the victims is the nexus for the applicable law in this respect (Article 29 of the Montreal Convention;Zicherman v. Korean Air, 516 U.S. 217 (1996) and Kruger v. United Air Lines, Inc., 481 F. Supp. 2d 1005, 1009 (N.D. Cal. 2007)). Since the passengers of the flight were mostly Dutch, it seems logical to rely on Dutch liability law. As it happens, Dutch law is however rather restrictive by not allowing the next of kin to claim moral damages (Article 6:108 Dutch Civil Code only provides, in case of death, for compensation regarding material loss of income, and regarding funeral costs). It remains to be seen whether a court, if ever one is seized, would apply the law of another state to the Dutch nationals, on the ground that passengers of other nationalities subject to a more favourable compensation regime were on board as well, and that passengers of the same crash should not be discriminated inter se.

Apart from targeting Malaysia Airlines, the victims could also consider holding KLM liable, as KLM had subcontracted its flight to Malaysia to Malaysian airlines; many passengers had flight number KL4103 on their boarding pass. In addition, they could try to hold liable air traffic controllers at Schiphol airport, or even the Dutch state as such, as the controllers gave clearance to fly over rebel-held Ukrainian territory. It is not self-evident, however, for the victims to establish negligence on the part of the airport officials (Article 6:162 Dutch Civil Code).

In conclusion, quite of number of actors could potentially be held criminally and civilly liable in relation to the downing of MH17. Because of the abiding uncertainty as to who exactly downed the flight, it appears to be difficult, at least for the time being, to hold the actual perpetrators of the downing to account under the criminal law. In this light, holding Malaysia Airlines, which operated the flight, civilly liable appears to be the surest way to obtain compensation, although the exact amount of compensation to which the victims are entitled may be unclear.